Our latest edition dives into voices that support 2SLBGTQPNIA+ Experiences and Diversity. 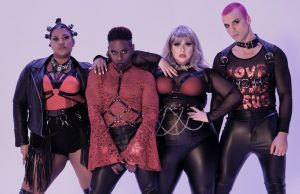 rIVerse is an R&B/pop band from Toronto. Besides the music, the beauty of the band lies in the fact that the members are of different races, backgrounds, genders, sexualities and…. wait for it…. body types! The group’s mission is to represent the underrepresented.

The band was formed when members Dizz, Khadija, Zak and Monroe met during a production of High School Musical 2 in which they were cast. The music of rIVerse is influenced by music of the 90s and early 20s.

In September of 2020, band member Dizz, received the news that he is HIV positive. Staying true to the band’s tenant of being authentic and truthful, Dizz shared his story with public and continues to be an example of working to achieve goals despite challenges. 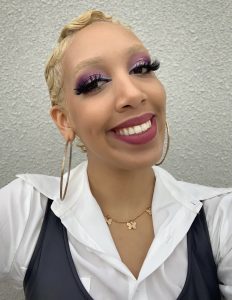 “Rhiannon Hoover (they/she) is a multidisciplinary artist who grew up in Treaty 18 territory (Barrie, ON). Their artistic background is heavily rooted in musical theatre, which has now extended to drag performance, dance, writing, film, makeup, fashion design, and creative direction. They take pride in the many intersections of their identity including being queer, Black, non-binary, and femme which heavily informs their artistry and activism.

Recently, Rhiannon collaborated as one of the writers on Theatre By The Bay’s augmented reality play “The Ghost Watchers”. She currently attends Sheridan College’s Music Theatre Performance program while actively participating in decolonizing the institution through several advisement, research, and leadership positions. Rhiannon believes their creative purpose is to offer healing and inspiration to others through their own authentic existence.”