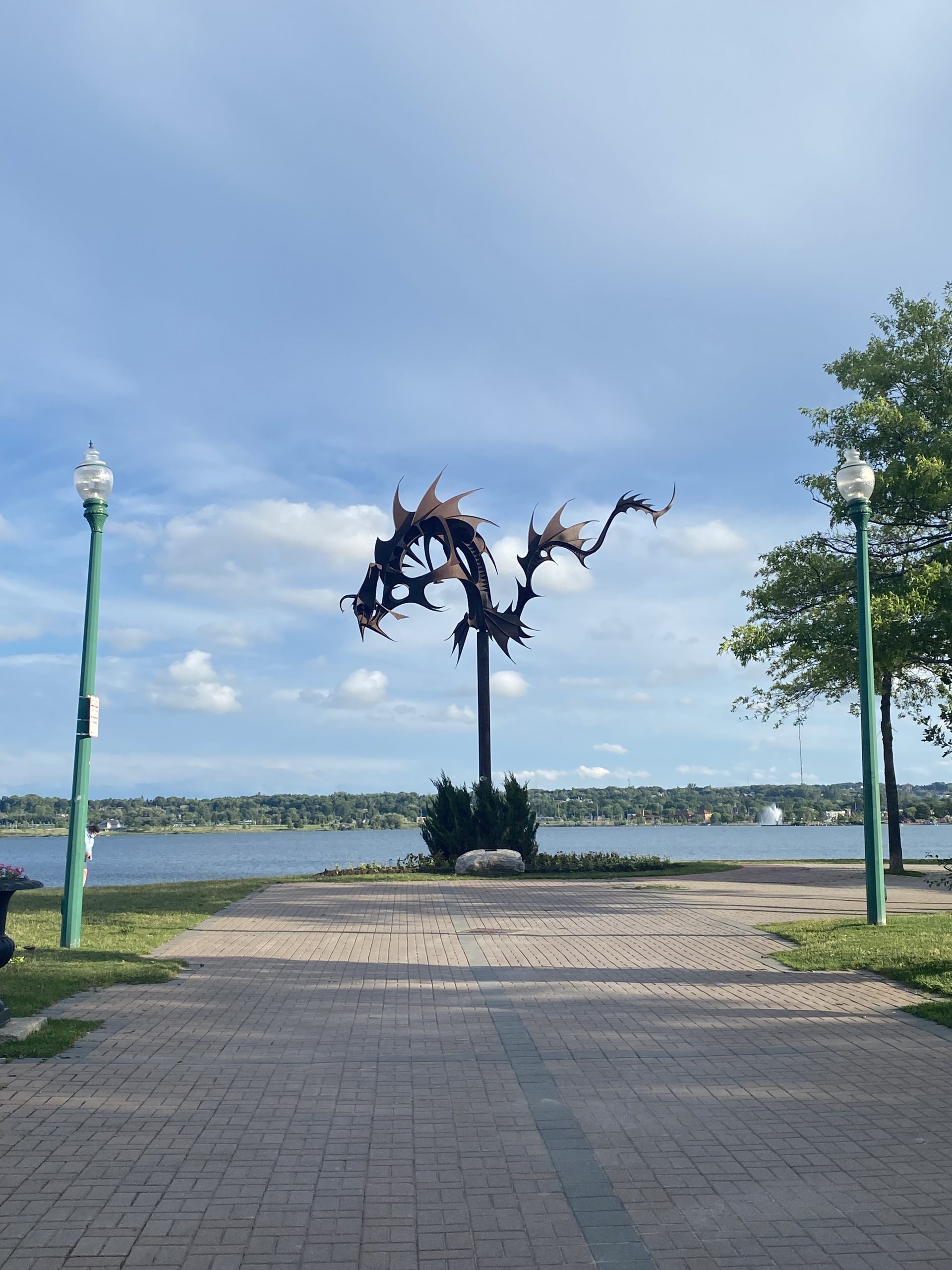 Download a pdf version of the July 2021 Vol 1 newsletter here. 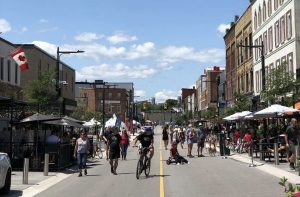 Running every Saturday throughout the summer, Dunlop Street will be closed to traffic between The Five Points and Mulcaster Street from 5am to midnight. Explore on foot or by bike! Look out for your UPlift Black team with a booth set up near Memorial Square ! 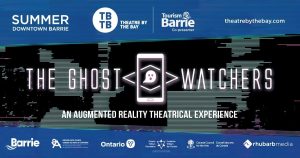 7 SOULS & 7 STORIES WAITING TO BE HEARD

Theatre by the Bay, in partnership with Tourism Barrie, is thrilled to present The Ghost Watchers, a ground – breaking augmented reality theatrical experience running from July 7-August 28, 2021! Join us and other intrepid Ghost Watchers on this thrilling walking tour throughout the streets of Downtown Barrie. This experience mixes live theatre with Spectrovision ; An Augmented Reality technology that looks to seek out the lost souls that are trapped in Downtown Barrie.

PURCHASE YOUR TICKETS AT:

UPlift’s Biggest Event of the Year 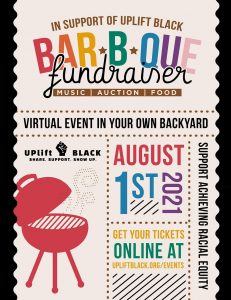 The Ultimate BBQ Fundraiser in support of UPlift Black.
Join us on August 1st (Emancipation Day) for the Ultimate BBQ Party in YOUR home!
Virtual event includes:
Visual Story Telling by local Black Artists within Greater Simcoe County, such as :
Ty the Poetess
Jessica “Lily” Maharaj
Michelle Guy and Brad face eh we Hilliker
Gwyn Beaver and Shawn Pitre
Yohance Williams
Rihannon Hoover
A special performance by OMCI Emerging Artist (https://www.ontariomusicians.com/)
Auction – Raffles – 50/50 – Open Discussion
Kids Activity with Yaa Deane! (email info@upliftblack.org to receive kids activity kit to use on event day)
After Party featuring music from the African Diaspora and Open Chat Forum to help keep the conversation going with attendees from across the county and nationally.
All in support of UPlift Black (https://upliftblack.org) and their vision of achieving racial equity through a conscious and UPlifted Community.
Extras!

Purchase a Spice UP your BBQ Box ($40) and support local black owned foodpreneurs in Simcoe County.
A Taste of Soul
Rawberri at Home
Ms Hotty Hotty Foodz
Don’t feel like cooking?
Why not have your BBQ catered from a local Black Owned Business!
Get your tickets HERE 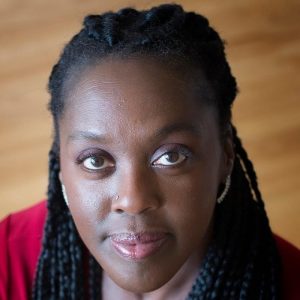 Gwyn Beaver is a magnificent artist of unmatchable talents. This wonderful UPlifter holds a Master’s degree in vocal performance from the University of Oklahoma. She has also been a featured artist with the Montréal Jubilation Choir and has worked with various jazz artists based in Montréal. In addition to singing jazz, Gwyn continues to present concerts in the classical/operatic genre. She is working with UPlift to to support the continued creative development of Black, Indigenous and other underrepresented artists of the Simcoe/Muskoka area, as well as to promote the works of said artists. Look out for her performance at the upcoming Virtual BBQ August 1st 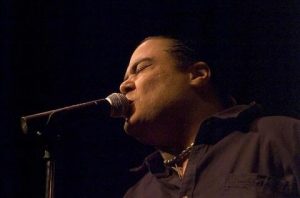 Remarkably, for the last 25 years, Mark McKee has worked within in the Facilities Management field with several large companies and industries which included Education and Health Care. During these years, he was able to take advantage of opportunities. From 2019 to 2020 Mark successfully attained a degree in Leadership in Diversity and Inclusion from Centennial College and coordinated with CCDI (Canadian Centre for Diversity and Inclusion) for years during his previous work/volunteer-related roles. Once involved in Diversity and Inclusion, it was clear that these ideologies were shaping both his view of himself and the world around him. With an improved understanding of multiple forms of Bias, Mark has worked tirelessly towards equity and equality with an emphasis on empathy. His work at UPlift has been impactful & we are honoured to work with you! 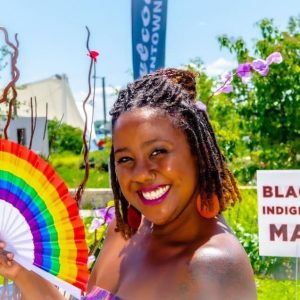 Earlier this week our special UPlifter, Shelly, celebrated their birthday. We here at UPlift Black want to thank you for everything that you do. Not only for us here at UB, but for those of us who are also Simcoe County citizens, watching the community work you have been doing for the last year and a bit. Your drive for unity, advocacy and education is inspiring beyond means. We wish you nothing but a glorious year and we will continue to show up and show out for you! 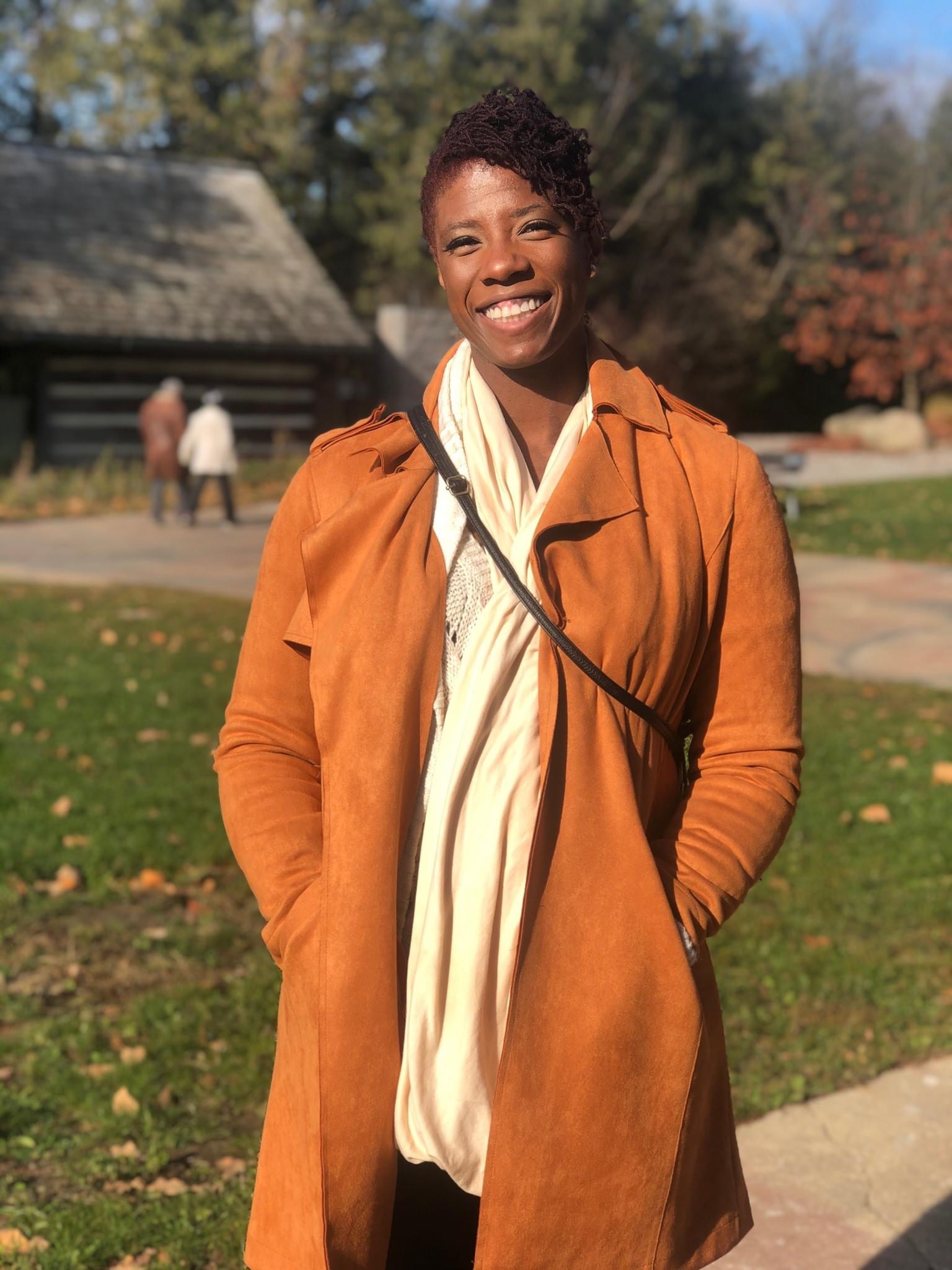 Myekah Payne is a dramaturg. Prounounced (draməˌtərɡ) or (draməˌtərj). Some may be wondering, “What in the world is a dramaturg?”
I asked Myekah to provide a definition of what a dramaturg does in layperson terms. The dramaturg acts as a collaborator with the playwright. This may include assisting with script development, stage directions, providing cultural perspective or researching historical facts to correctly represent experiences. The dramaturg provides an objective viewpoint and is present to support the playwright’s artistic process and ask ‘what if?’ or ‘why?’.
Myekah is originally from Brantford, ON, and obtained a Diploma in Music Theatre from St. Clair College. After graduation, Myekah returned to Brantford and began working at her old high school with a Play Development and Creation program offered through the school board. The students created scenes and monologues covering Grade 6 topics of the school board, such as, child homelessness, food insecurity, LGBTQ issues and drug abuse. In addition to writing the scripts, the students also performed the plays. Myekah noted that during this time, the students became more open to having conversations with their teachers about these topics. She became fascinated by the act of helping the students create their own stories by helping them ‘steer the ship’ of their play. At times, she provided the young writers with a ‘map’ as needed.
Following this experience, Myekah attended York University and completed a two-year Playwriting and Dramaturgy program. In 2017, she apprenticed with Obsidian Theatre’s former dramaturg, Mel Hague, and in 2018, Myekah Payne, herself, became Obsidian Theatre’s dramaturg. Obsidian Theatre is Canada’s premiere culturally specific theatre company. In addition, she is the associate dramaturg for Nightswimming, a dramaturgical theatre company. Both companies are located in Toronto.
I met Myekah in 2019 during the Newmarket National Play Festival. I was cast in a production of Viola, a play based on Viola Desmond, written by Henrika Larochelle and Jay Ritchie. Myekah was our dramaturg. She did a phenomenal job of informing the director, a white male, not only of the general experience of black people during that time period, but most importantly, the experience of black women. Myekah acted as our ‘checks and balances’, so to speak, for the production. She was there to ensure the production’s character depictions were historically and culturally accurate.
Myekah noted that a lot of black representation in theatre and the media was not created by black people – it is based upon the white perspective of black culture, so therefore, it felt inauthentic. She hopes that in the future, the representation of the black perspective will be our own. Artists such as Myekah Payne are working to make that happen.