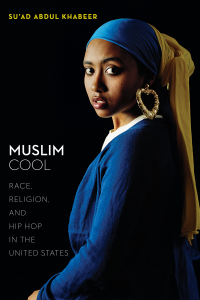 Hello, from the Book Club!

Welcome to the second cycle of the UPlift Black Book Club! Every two(ish) months we will
select a book of Black excellence to read as a community in an attempt to amplify and UPlift the
Black Voice within Simcoe Muskoka. This month, we have chosen to read Muslim Cool: Race,
Religion, and Hip Hop in the United States by Su’ad Abdul Khabeer. Each cycle, we will send
out a discussion guide (this one you are reading is the first one ever!) as well as attempt to host
one virtual group discussion near the end of the two month period. This is subject to change as
we get into the groove and decide how best to meet the diverse, but likely specific, needs of our
club.
Thank you so much for coming on this journey with us! We can’t wait to see where it takes us!